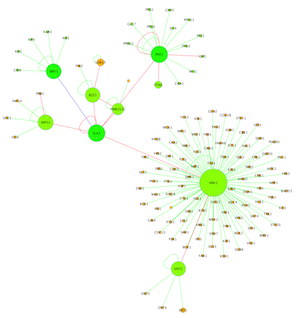 Molecular biology at the dawn of high-throughput technologies some 20 years ago quickly became overwhelmed by the sheer volume of generated data and to this day hasn’t fully recovered. Nowadays we are still dealing with the repercussions of the paradigm shift from a single gene/molecule into genome-, proteome-, and metabolome-wide analyses as not only the understanding of the biology, but also biologists themselves rapidly transitioned into a mathematically focused environment. The data-richness of biosciences revealed itself as one of the greatest developments and opportunities for fresh and exciting research, dawn of which was the Human Genome Project. Today we know that the volume produced by the HGP was but a drop in an ocean to come.

Recent endeavors have shown us that terabytes of data can easily be generated, and that this pool of information is easily obtainable for study. Those massive sets require an organized collaborative effort in an attempt to draw conclusions and generate testable hypotheses.

To comprehend the cellular intricacies we must access and explore data on multiple levels of organization simultaneously, from the regulation of expression, through epigenetics, protein modifications, bio-molecular interactions, and structural aspects of signaling, up to the cellular context of the microenvironment in both the spatiotemporal and mechanistic sense.

This holistic overview cannot, at the moment, be achieved through computational simulations due to the complexity of the intertwining regulatory mechanisms; we can however gain system-scale understanding through the characterisation of complex interactions between bio-molecular components on all of those levels.

Until only recently the study of the interactome was focused on protein-protein and protein-DNA interactions while missing other molecules e.g. lipids, known to act as signaling mediators, messengers tied into the metabolome.

Extracting information from this sea of data in the context of interactions between bio-molecular components may provide us with weapons to comprehend cellular states, responses, and eventually predict and alter the systemic behavior of cellular systems, it may indeed hold the keys to defeating chronic diseases and increasing life expectancy.